«Here comes the sun, and I say it’s all right »
George Harrison.

One might think of a Marvel movie title, the “Fab Four”, but it is not, we are going to talk about music. Today’s post is about one of the most famous albums of all time, one of the most legendary bands that the earth has given us, the greatest pride of the British after their queen, I mean the Beatles, and their album Abbey Road. Of course!

Whether you speak English or not, you like their music or not, The Beatles are one of those bands that everyone knows at least one song, where you can finish the lyrics or sing the whole chorus, no matter where you are, all over the world. If for example I say to you “You may say I’m a dreamer …” you will answer to me that you are not the only one, or even “Let it be”, and you will have the song in your head for the rest of the day, even if I hope that your brain will let it go, let it go. Sorry. Lol.

Everyone … except a handful of die-hard uncultivated people, whose name of a specimen in particular I am going to keep secret to spare him an intergalactic shame, kidding, of course – huh yes, there are still people who like to laugh between them, you know, second degree, jokes, all that … I know that it seems strange in this current world where everyone is the victim of nothing and yet feels offended by everything, but yes, it still exists: kidding.
So, I had a conversation with someone who didn’t know this album and I thought maybe he wasn’t the only one, so I thought to write a little article about it, because yes, you must know this album for god’s sake, or at least for your own general culture. And then if you already know it, maybe you will learn a trick or two. Let’s go. 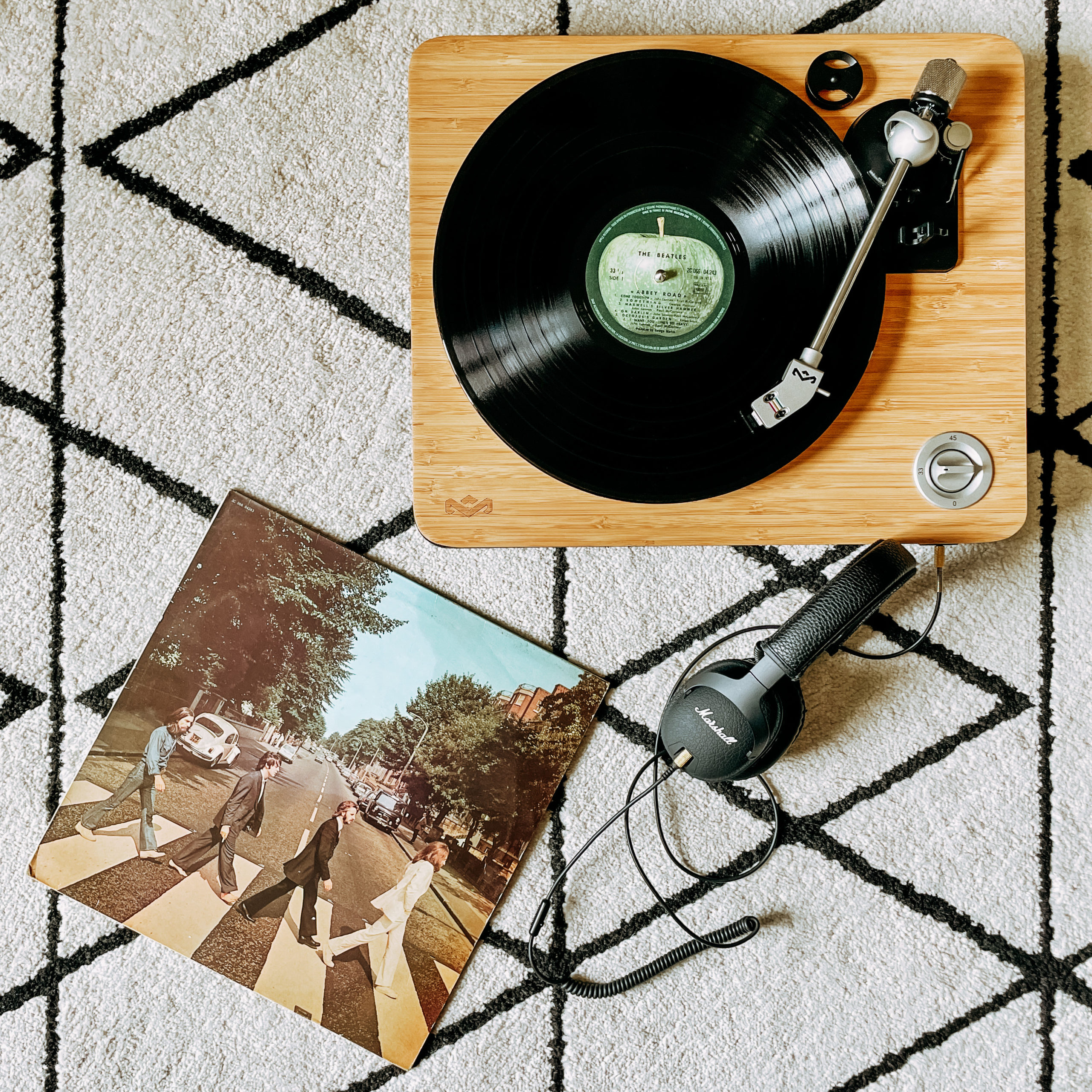 I own a copy from the 1978 reissue, but I would love to find one from the first edition, just for fun. I invite you to click here for more informations on my turntable.

A cult album in a few anecdotes.

-It was released on September 12, 1969 in France, September 26 in the United Kingdom and October 1st in the USA and Canada.

-It is the last album recorded by the Beatles, mainly in July and August 1969, before their separation. Indeed, the album “Let It Be” was recorded before, in January 1969, even if they released it on May 8, 1970. You follow me?

-Abbey Road was therefore the last album produced before their separation at the end of September 1969, which they officially announced on April 10, 1970.

-The atmosphere was very complicated during the recording sessions, everyone made efforts and concessions so that the album could be made. Fortunately, the magic happened one last time.

-The last song to be ever recorded by the Beatles was a John Lennon composition, “I Want You (she’s so heavy)” on August 20, 1969. It’s my favorite song from this album, and from this band. I find it to have phenomenal power, listen to it if you’ve never heard it.

-It is the only Beatles album to have had a stereo recording.

-The song “Come Together” was inspired by Timothy Leary’s political campaign who was running for Governor of California. It has also given rise to a lawsuit by the beneficiaries of Chuck Berry for having borrowed the lyrics “Here comes old flat-top” from his song “You can’t catch me”.

-It is on this record that George Harrison will sign two of his most famous compositions, “Here comes the sun” and “Something” (his only number 1 and his only A-side of a single with the Beatles).

-This album contains, in its vinyl version, the first hidden song in rock history, with “Her Majesty“.

-The album was to be called Everest and the photograph of the album cover was supposed to be taken at the foot of the Himalayas.

-The album cover may not contain the first photobomb in history, but certainly the most famous: on the right next to the black car, it is Paul Cole, an American tourist waiting for his wife.

-The white volkswagen Beetle on the left of the cover is now in a German museum, the Stiftung AutoMuseum, in Wolfsburg.

-Last lil’ detail, the photo chosen for the album is a shot where the Beatles turn their backs on their Abbey Road’s studio. This is the fifth photo of six pictures taken by photographer Iain MacMillan, and the only one where their legs formed a perfect V.

If you want to know a bit more about the history of this cult album, I invite you to go here on the wikipedia page, from which I drew some anecdotes that I did not know during my research for this article.

Here we go, I hope I made you want to plug in your vinyl turntable, or stream this album that really deserves to be listened to by all human beings on this planet, if only for general culture. It’s powerful, it’s cult, it’s legendary, and it will be forever in the best-selling albums of all time, without a doubt. 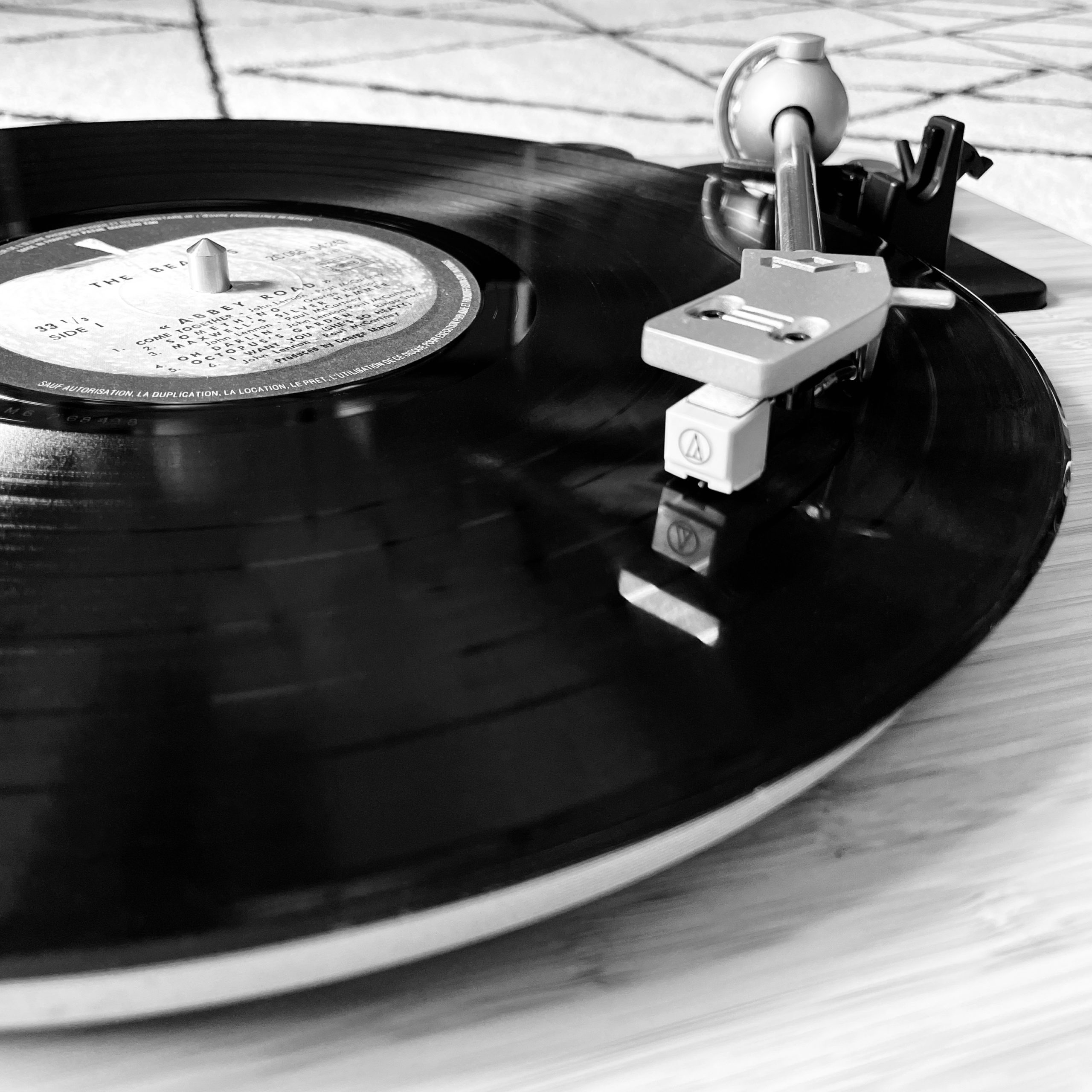