“The best AC/DC cover I’ve heard? There was an all-girl cover band in America, the Hell’s Belles.”

In these gloomy times, it’s time to bring out my joy-boosting parade so you can have a back-to-school time with a smile and a good mood.

Already, in the “Wellness” section, especially if you go back to the first articles, you have many cheering notes, like this one, or tools to keep a good mood when the days get shorter, like here.

And then, there is another trick to see life in pink, even when everything seems gray to you, a trick well known to rock n’ roll lovers; it is the one that consists in signing and listening to an album by AC/DC. Anyone will do; the one that appeals to you the most will be perfect. Half an hour of AC/DC, and you’re ready for the day. Don’t laugh if you haven’t tried already; you might be surprised by the good mood and the energy that emanates from you after this musical moment. Very surprised, even.

Without further ado, the “mood in shape” operation is launched, and for that, I invite on this blog one of the most legendary bands and albums of the mid-70s: TNT, by AC/DC. 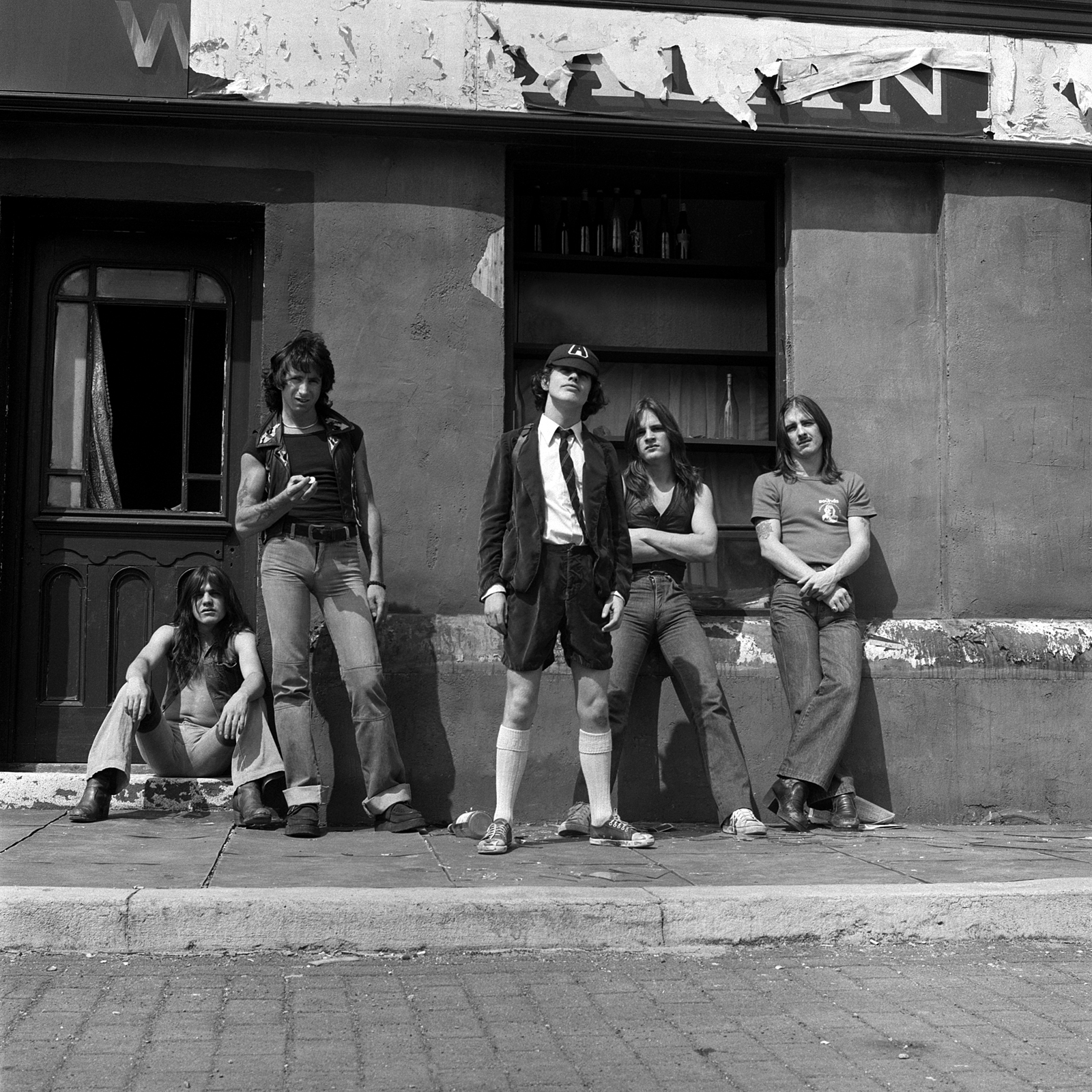 Born in Glasgow, Scotland, brothers Malcolm and Angus Young started playing guitar as teenagers just after moving to Australia in 1963, taking their cue from their older brother, George.

Just after joining a first band in 1971, Malcolm created his first band in 1973, with Dave Evans on vocals, Larry Van Kriedt on bass guitar, Colin Burgess on drums, and will be joined in stride by his brother Angus.

The sister of Malcolm, George, and Angus had an idea for the band name, after seeing the acronym “AC/DC” on her sewing machine. AC/DC stands for alternating current/direct current. The Young brothers felt the name would symbolize the band’s raw energy.

After playing for the first time in public in December 1973, the formation remained unstable as far as bass and drums were concerned. Indeed, three bassists and five drummers followed one another.

In addition, Dave Evans, not getting along with certain other members of the band, had been replaced by a friend of their big brother George, the legendary Bon Scott – also born in Scotland and living in Australia at that time – and this, until he died in 1980, and then replaced by the current singer, Brian Johnson.

In November 1974, they recorded their first studio album in 10 days, High Voltage, with Malcolm Young on rhythm guitar, Angus Young on lead guitar, Bon Scott on vocals, George Young on bass, and Tony Currenti on drums. It was released in February 1975, only in Australia, where it met with great success, leading them to tour throughout the country.

Since recording this first album and following several changes, they finally recruited Phil Rudd on drums and Mark Evans on bass.

In 1975, they composed the single It’s a Long Way to the Top (If You Wanna Rock ‘n’ Roll), which became their “anthem” of the moment, taken up by many radio stations in Australia, and which would appear on their second album studio, named T.N.T. 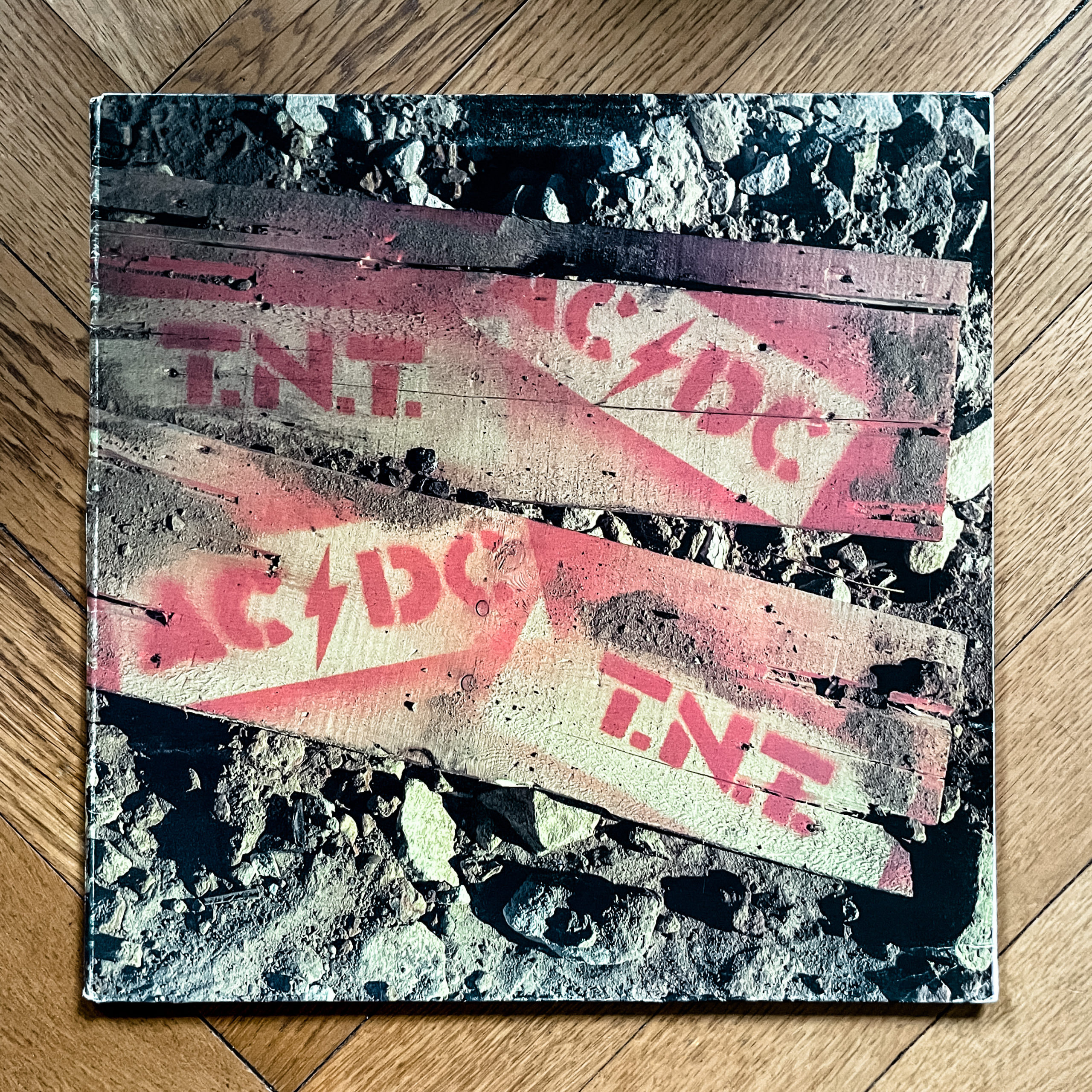 This is the band’s second studio album, released in December 1975 in Australia. This opus was only released in Oceania, but you can find the titles on other albums that came out later: seven songs are on the international version of High Voltage (1976), one on Dirty Deeds Done Dirt Cheap, and one on the Volts album from the Bonfire box set.

Note: You will have understood by the illustration pics that this vinyl is a collector’s item of my collection from New Zealand, 1981 press, found on a small flea market in Michigan. I couldn’t believe it. Never underestimate them, dear Padawan.

This nine-track album, including a Chuck Berry cover, is the one that led them to greater notoriety, to cross the ocean borders to make themselves known in Europe. So much so that High Voltage, their first album, will also be released in Europe, then a little later in the world and the USA, in an international version (in the form of a compilation of their first two albums, ed). From this moment, their albums will tear off all over the world.

We are, therefore, at a turning point for the band, which, if they had not released this opus, might have had a different career. It’s crazy if you think about it! Only eight original tracks, and of the eight songs, seven would become huge commercial hits and help them fill the biggest stadiums around the world. Seven out of eight. Only one title has remained more confidential, it is Rocker, a little more old school, good old-fashioned rock n’roll.

Can I sit next to you girl, released in July 1974, is the first title to come to the ears of Australians. It’s a joyful and very rhythmic title, which was very popular at the time, and which, personally, still makes me stomp so much.

It’s a Long Way to the Top (If You Wanna Rock ‘n’ Roll) it is the second and last song to be released before the album. Huge success for this title, which many Australian radio stations will take up, then, a few years later, the radio stations from all over the world. It has since become a great classic that all fans know by heart and that the band performs at each concert. I love the energy this track gives off; you can listen to it loud, and it will get you back in shape for the next 40 days, guaranteed!

TNT. Huge classic. In the stadiums, people know it by heart! The same with High Voltage, The Jack, Live Wire et Rock n’roll singer. Bon Scott, the AC/DC singer who tragically died in 1980, has a great voice. The energy of these titles is incredible; we can certainly say that these five titles are legendary and are now part of the great history of rock n’roll. And this on a single album – and I don’t think I’ll spoil much if I say that AC/DC has laid many others for us. A lot. It’s crazy! Even their latest album of 2020 is full of great songs asWitch’s Spell, for example, but we are off-topic, lol.

Come on; I’ve linked you to all the titles except their cover of Chuck, so let’s fix that: there she is. It’s really good rock n’ roll. AC/DC with Chuck Berry music; great!

AC/DC are among the artists you recognize from the first notes. Two or three seconds maximum is enough to identify them. This probably played positively on their international commercial success, but in any case, all their songs give off super positive energy. Even the famous “Hells Bells” on “Back in black” which is, as its name suggests, a Tribute to their singer Bon Scott, who tragically deceased in 1980, which one could have imagined as a sad ballad to cry lakes and rivers, but no, AC/DC paid homage to their comrade in the image of their band, and at the height of the deceased singer.

That’s it for today, dear Padawan; you just have to put on your headphones and play the sound of joy and dynamism. To find most of these titles on a single playlist, aim for High Voltage where 80% of them are. With this you’ll have a good mood for the rest of the year 2022. See you next Friday, with joy!
XO 🎸 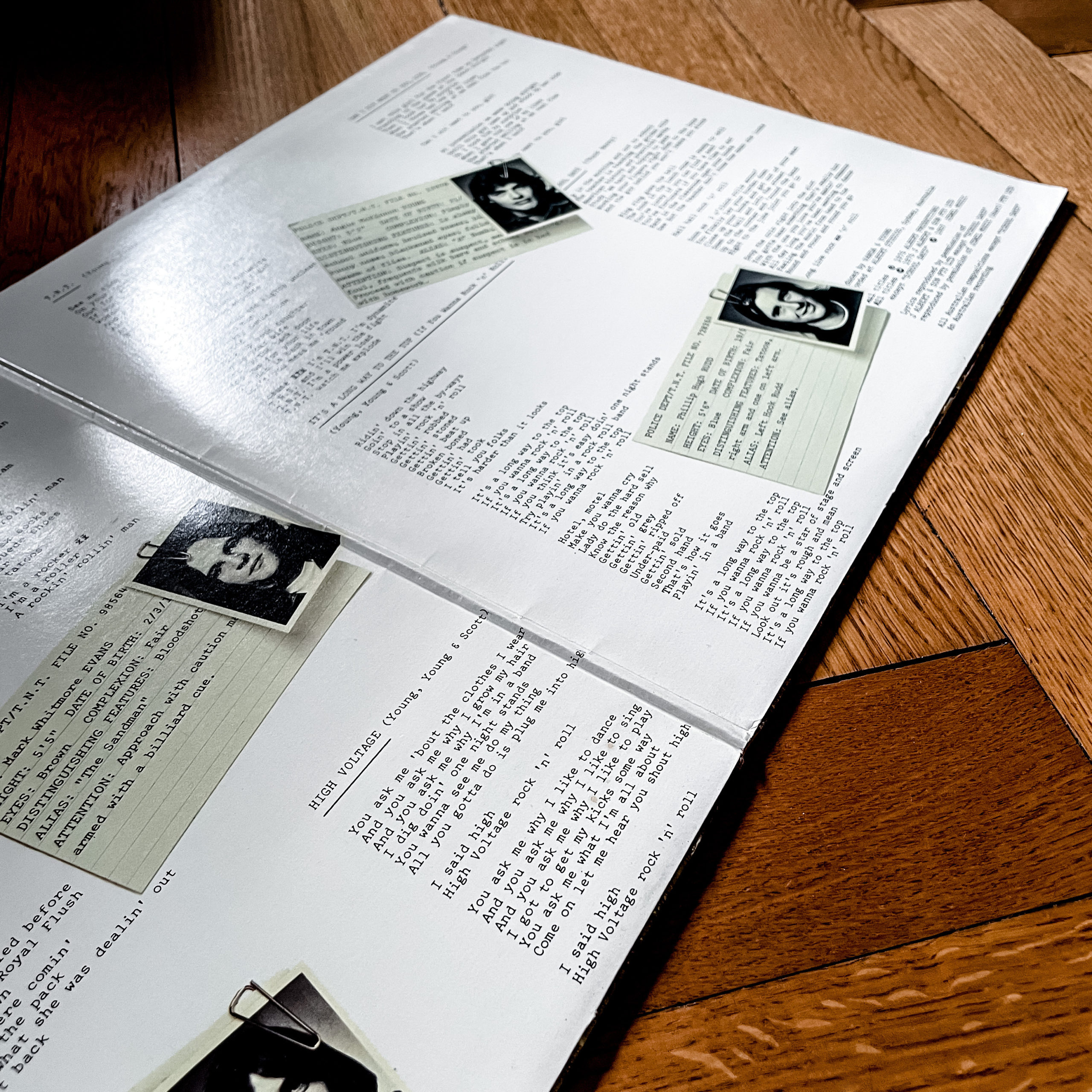