“Maybe it’s not too late to learn how to love and forget how to hate”.

How do you know that an album has not aged? Two things. First of all, it’s when you listen to it, and you still move your hair on it – or just your head, if you are like Bruce Willis. Secondly, it’s when young people, young people’s films or young people’s series play your old classics. If young people are waddling over your old favorite title, it’s because it hasn’t aged a bit.

This is the story of a band that has moved a lot, in all terms. They toured all over the world, the members changed, some to come back better, others went to rockers’ paradise, they changed their style and even their name, several times, hit the headlines, many times, shone as much for their music as for their escapades, sex drugs, and rock n’ roll was their way of life, then they calmed down, matured, but never lost their hardcore, their loyal audience. The fans are still here, with their beer and their leather jacket, despite the years, despite the mistakes, the storms, in short, despite life. Their last tour in 2017 ended this fabulous and long career, but their music will remain.

This band is one of the most legendary in the history of rock n’ roll (the purists will understand, of course, before talking about hard or heavy metal, rock n’ roll in the broad sense as understood by the king Lemmy, ndlr). They marked not one but three generations, which remains exceptional except for jazz or classical. Indeed, do I have to remind you that the children of 2008 were singing at the top of their lungs the title track of their second album released in 1970, thanks to a Marvel superhero film?

As usual, just click on the highlighted words to listen to the title. Good listening.

The adventure began in 1968 in Aston, a poor district of Birmingham with Ozzy on vocals (Ozzy Osbourne, if it is still necessary to present him, ed), Toni Iommi on guitar (the only member to have been present during all the life of Black Sabbath, ed), Geezer Butler on bass, and Bill Ward on drums.

At the very beginning, the band was called “The Polka Tulk Blues Company.” Yes. Fortunately, they have changed their name. They later called the band “Earth,” kind of corny, but it was still better, lol. In the beginning, these young people were into rock, of course, but also jazz and blues, and did some Hendrix and Cream covers (one of Eric Clapton’s supergroups, guitar/vocals, with ginger Baker on drums and Jack Bruce on bass/vocals. A “supergroup” is a band with musical artists already known, solos or already members of famous bands, who decide to make another band on the side. Examples from the same period: Traveling Wilburys, The Highway men, Blindfaith still with Clapton …, more recent examples: Pearl Jam, Velvet Revolver, Foo Fighters, Audioslave …, ed).

As soon as they start calling each other “Earth,” the band begins to sound darker, with Geezer getting excited about reading Dennis Wheatley’s books on dark magic. One day, he tells the other members about some sort of paranormal experience he had, namely seeing a figure dressed in black at the foot of his bed. From there is born the inspiration of their first song entitled “Black Sabbath.” Also, realizing that young people of that time lined up in front of movie theaters and spent their money to see horror movies, they decided to stick to their idea of a darker, more frightening sound.

At the beginning of 1969, their band name Earth, being able to be confused with a formation bearing the same name, they decided to change to Black Sabbath, the title of the song from their first album, itself inspired by the name of a 1963 horror movie with Boris Karloff.

1970. The Beatles split up; it sounds like the end of the 60s, hello to modernity. Make way for young people, Led Zeppelin, Deep Purple, and Black Sabbath will be the three leading bands of this decade, and much more.

Two albums really made the difference in their career, even if the first ten albums of the band are all mythical: “Paranoid” and “Heaven and Hell” – both several times platinum discs. They have sold hundreds of millions of records to date worldwide and are widely recognized as one of the greatest bands of all time.

That’s why we’re going to focus on Paranoid because if you’ve never listened to this album, you’ve missed something in your life. Let’s go. 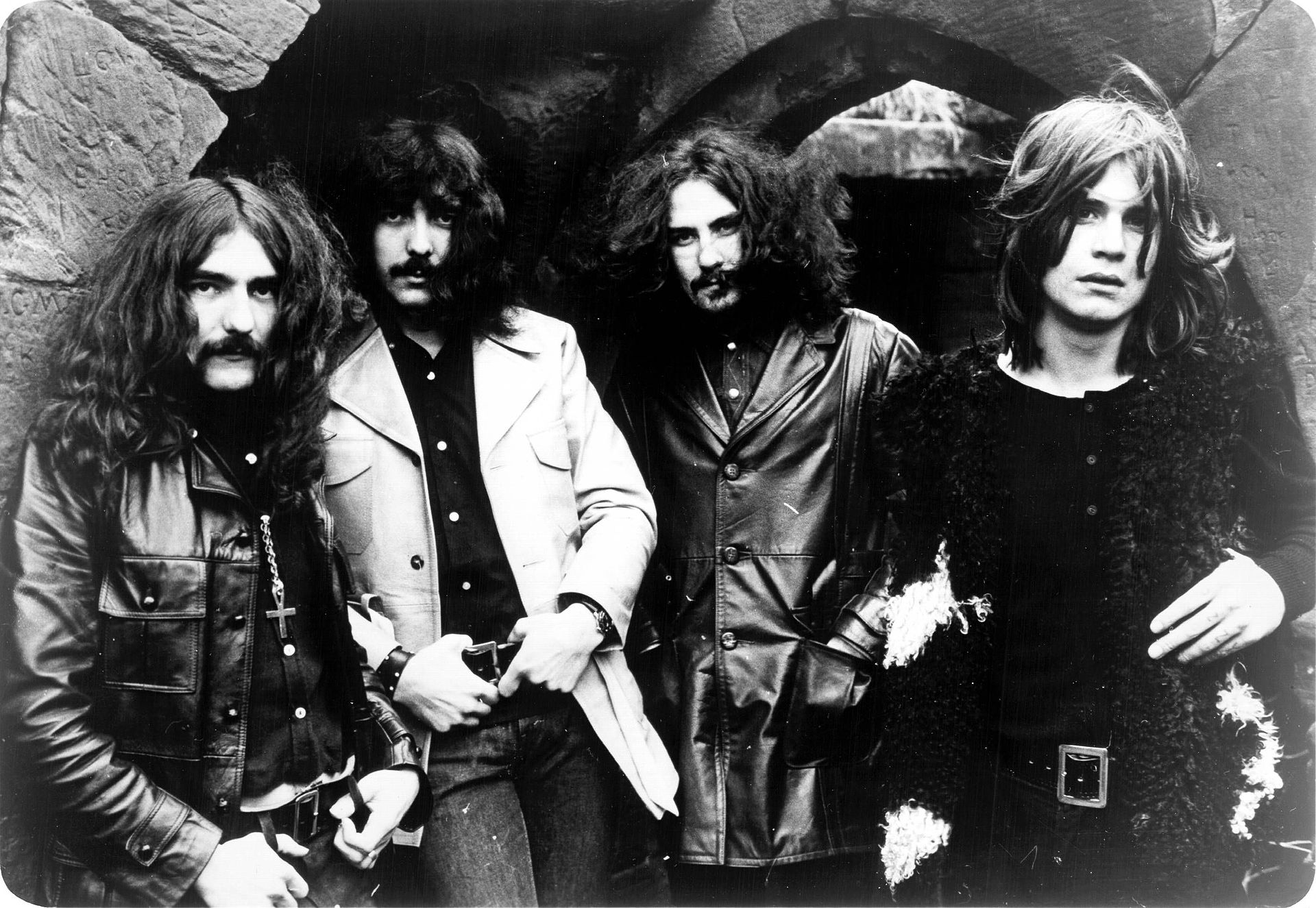 Paranoid was released on September 18, 1970, in the UK, and January 1971 in the USA. The album was supposed to be called “War Pigs”, as the first song on the album, written in protest against the Vietnam War. The record company refused. Adding a new song to the album, named “Paranoid”, to complete it, they decided to make it the title of their album.

War Pigs is the longest song on the album, it’s also the most roaring if we consider a war pig can imitate the lion, lol. I don’t recommend listening to this song if you have neck pain. It’s intense; it’s raw, the lyrics are harsh but fair, everything in this title let presume that this band would become legendary.

Paranoid, second track. Brilliant, modern rhythm, it is one of the top 3 songs on this album, and one of those that can be found on almost all their best of, with War Pigs and Iron Man.

Iron Man, speak of the devil, this one, talking about a soldier’s post-traumatic stress, has one of the most powerful and memorable riffs in rock n’ roll history. Heavy. And it is this song, as I said in the introduction to this article, that made young people’s hair move in 2008 thanks to the Marvel film of the same name, with actor Bob Downey Jr. With a force and a riff like that, no wonder this song has passed the test of time with flying colors – no doubt the young people of 2080 will love it just as much, even if I won’t be here to tell you about it.

I’ll let you discover (if it’s still possible to discover this album, ed) the rest of the other titles, but I had to tell you about my favorite song from this absolutely brilliant opus, of which I don’t skip any songs when I play it. (You can also click on this link to listen to the album from A to Z, and live the complete experience of this magnificent album, ed).

This is the third one, Planet Caravan. It’s my song for when I walk in the mountains, the one for when I need to calm down, the one for the atmosphere of a winter evening reading a good book or a romantic evening. This song gets you high without having to smoke the carpet or drink your cologne. Guaranteed.

So much for this album, which remains one of my favorites in all of rock n’ roll, a true masterpiece. I hope I have made you happy to remember these absolutely fantastic titles, perhaps reminding you of some sweet memories.

The inside story of Black Sabbath’s Paranoid 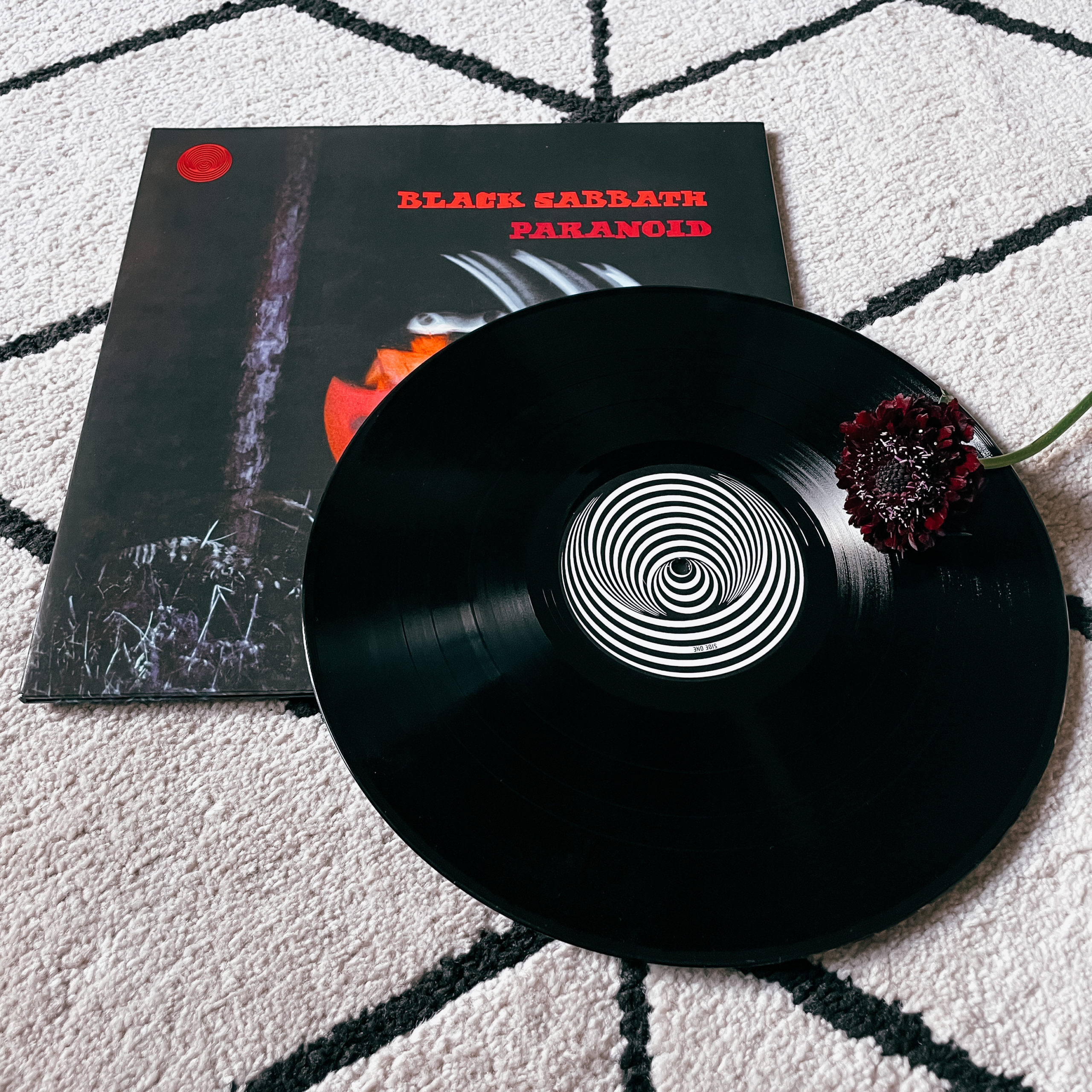